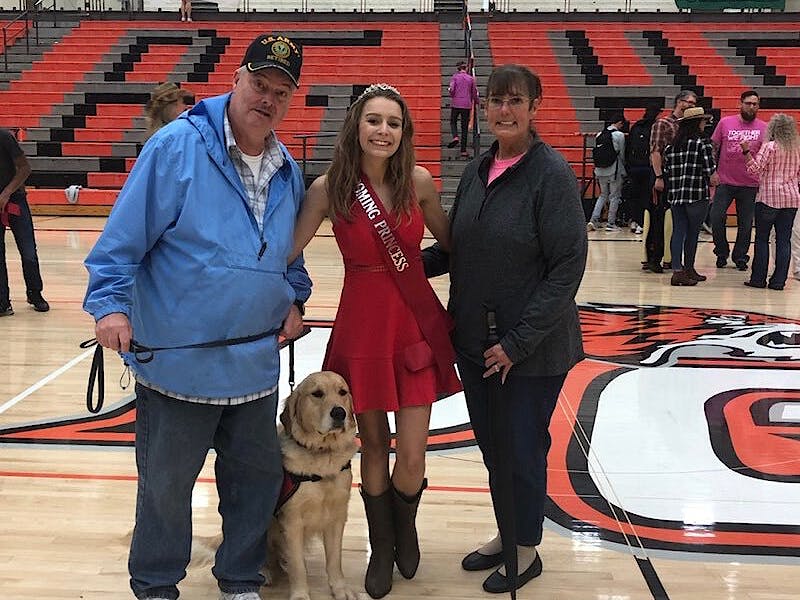 I PROBABLY WOULDN’T BE HERE IF IT WEREN’T FOR THEM. IT’S JUST A GREAT ORGANIZATION; THE THINGS THEY DO FOR VETERANS ARE AWESOME. IT’S NOT LIKE YOU WENT TO A PLACE AND JUST GOT A DOG, IT’S LIKE YOU JOINED A FAMILY. 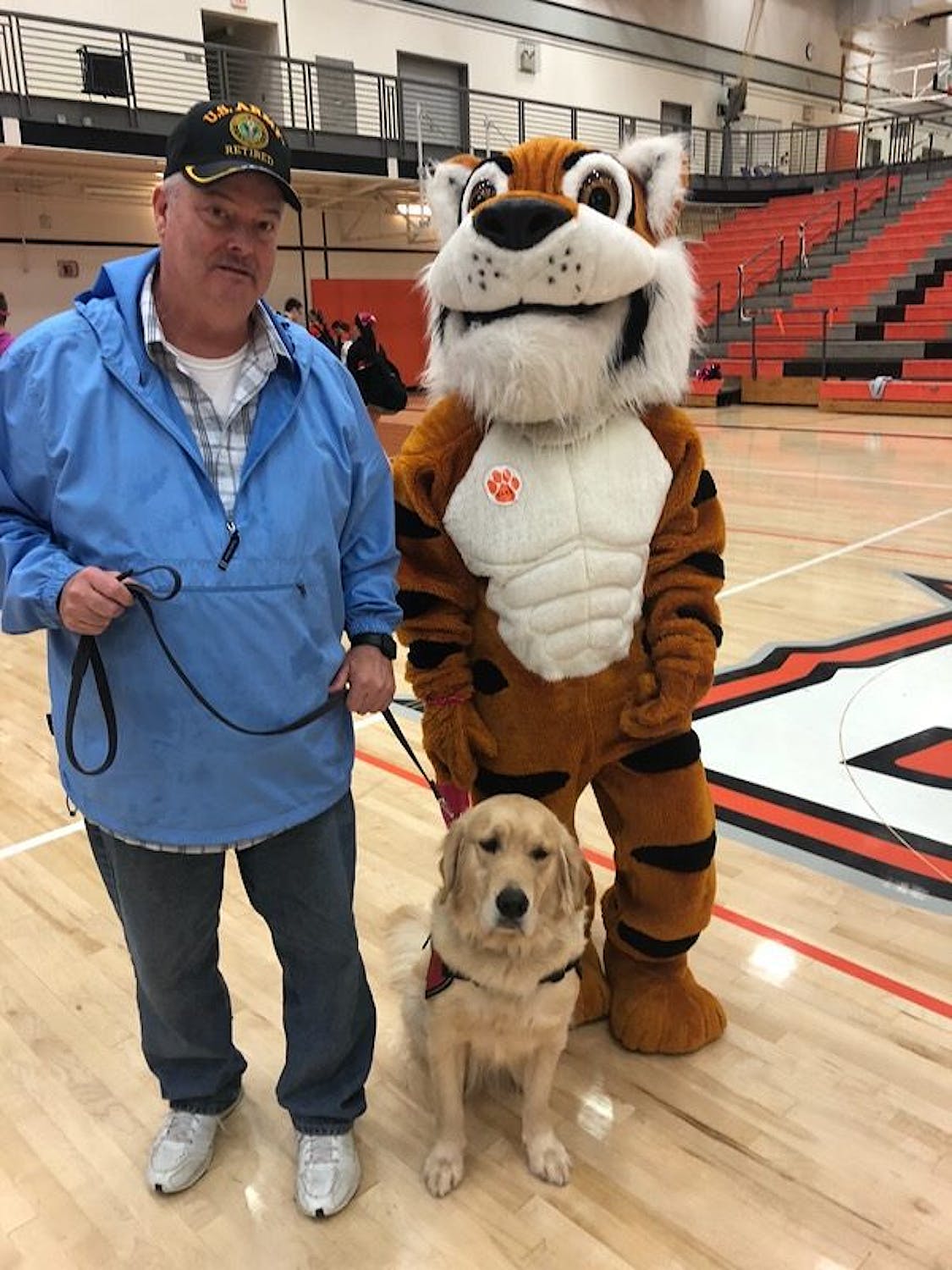 Leroy Cook and his dog Max, a golden retriever, graduated from Northwest Battle Buddies in September 2019. Four months later, he can’t say enough about the change Max has brought to his life. “It maximized everything,” Leroy says. I can get out so much more. Before I had so much anxiety, I couldn’t do it. I couldn’t deal with large groups of people.”

Leroy tells his first life changing story, “With my PTSD, I have issues with being around large groups of people. But my granddaughter was nominated for homecoming princess at the local high school, and I really wanted to go. The gymnasium was full of students, it was a very large crowd. I had lots of anxiety and Max seemed to sense this and stayed close to me. He knew I was stressed out that day, he kept close and kept checking on me. Max gave me the confidence to go and face the crowd of students.”

His granddaughter is also on the high school dance team, and with the help of Max, Leroy is able to go to the games and watch her perform.

Max also helps Leroy with his intrusive memories. “He can sense when I’m having one, and he’ll wake me up,” Leroy explains. “Max will come right over to me and put his head on my chest. If that doesn’t work, he’ll put a paw on me, and if I’m really stubborn, he’ll head-butt me!” he laughed.

The bond goes both ways. Leroy tells the story of taking Max with him to his primary doctor, and when they prepared to give him a shot, Max got very anxious about it. “It’s like he could tell,” Leroy said. He goes on, “He’s awesome. I would do anything for him.”

When Leroy arrived at Northwest Battle Buddies to start the training program, he wasn’t sure what to expect. “I was really nervous,” he explained. “With my PTSD, I get that way anyway, but it was awesome.” Leroy described the program as very professional, and the hands-on training helped the knowledge to sink in quicker.

Max wasn’t Leroy’s first dog in the program. “The first week I was there, I had a different dog, but it just wasn’t clicking,” he said. “So, Shannon switched dogs and brought me Max, and it worked out perfectly.”

The success of this partnership can’t be understated. Leroy’s PTSD medications are down to 2 instead of 4, and he can go out in large groups, which he wasn’t able to do before. Most importantly, Leroy has a good quality of life. “I was pretty suicidal before Max; I was even in the hospital,” he says. “I haven’t had an instance again. He just knows…he’s an awesome help. He’s changed my whole life.”

Leroy goes on to talk more about Northwest Battle Buddies, “Not only do they help people’s lives; they save people’s lives,” he said. “I probably wouldn’t be here if it weren’t for them. It’s just a great organization; the things they do for veterans are awesome. It’s not like you went to a place and just got a dog, it’s like you joined a family.”

THE REST OF THE STORY FROM SHANNON WALKER, THE FOUNDER OF NORTHWEST BATTLE BUDDIES

Working with Leroy was such a pleasure. He was always respectful and often responded with a nervous smile when asked a question. He was eager to do anything we asked. After the first week I had reservations about the dog I had paired him with, so I introduced him to Max. Instantly they connected and together finished out the training course.

Months later when I see them at NWBB events or recertifications, LeRoy always has an energetic spirit and cannot express his gratitude enough about how Max has changed his life. It has been an honor to serve an American Hero like LeRoy. 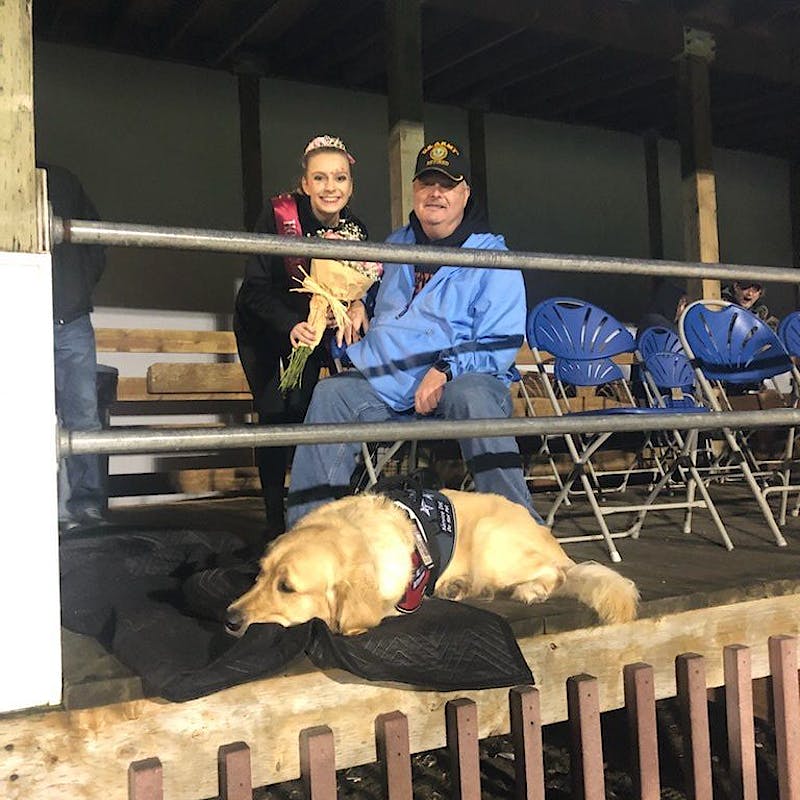 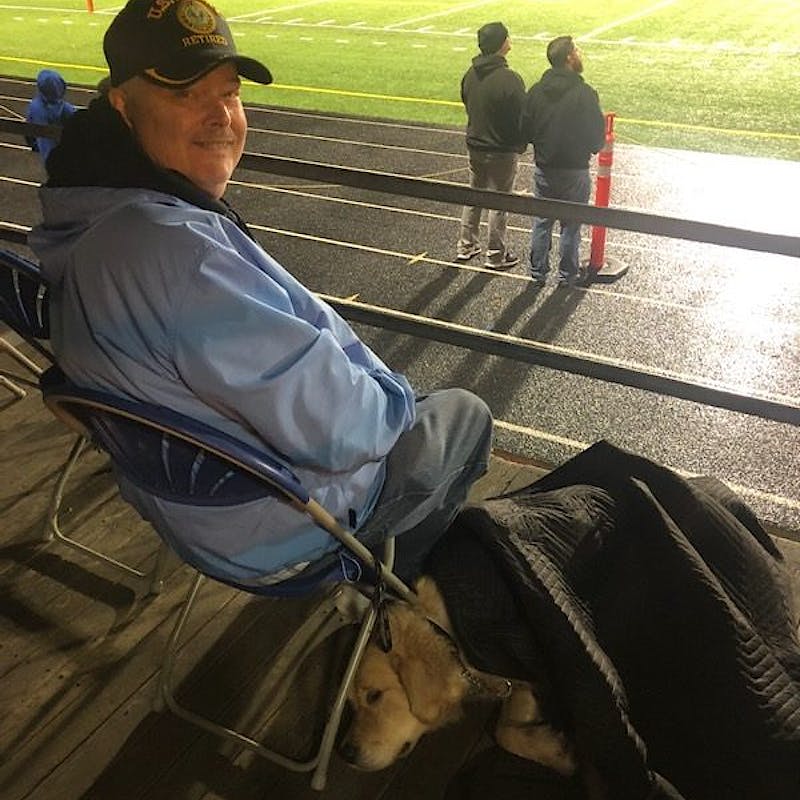 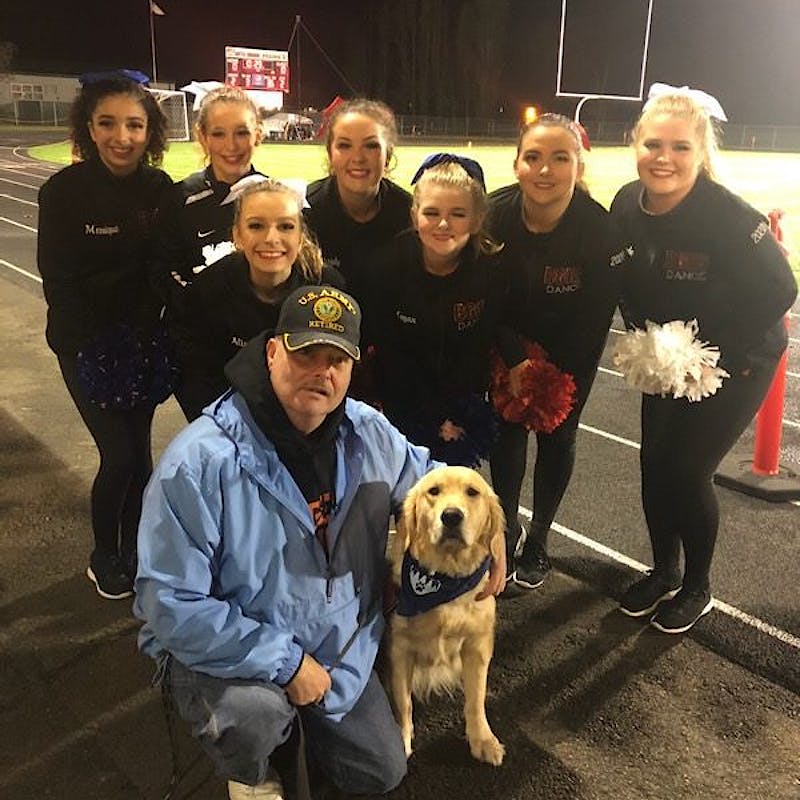 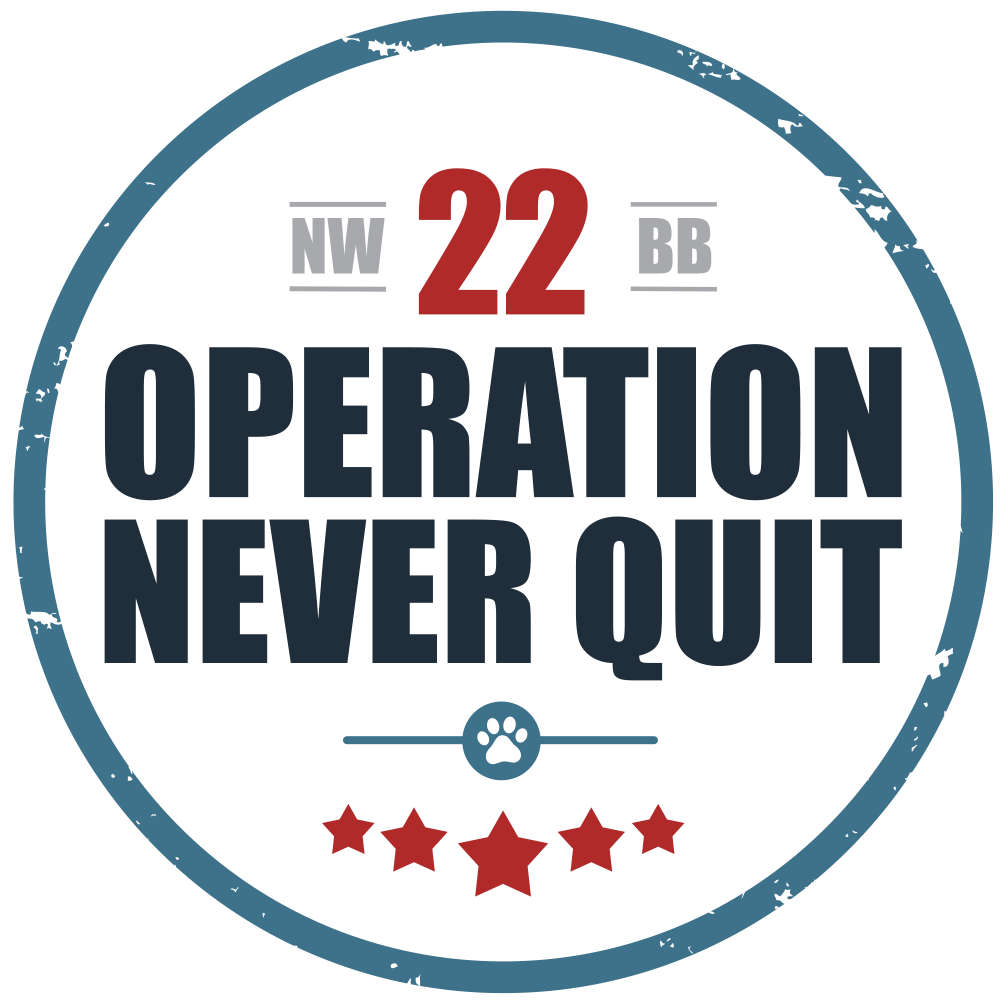 Joining Operation Never Quit is an opportunity to say “Thank You,” not only for our freedom, but for the sacrifice our Veterans continue to endure.


Please join ONQ22 and stand with NWBB as we fight to make a difference in the lives of our American Heroes.